His Eminence Metropolitan
of Mantinea and Kynouria
ALEXANDER

His Eminence Metropolitan Mantinea and Kynouria Alexandros Papadopoulos was born unto the village of Arcadia Papari,  year 1936. Graduate Theological School, he was ordained deacon in 1968 and priest in  1969. He served as Professor in Tripoli and preacher of the Metropolis and Kynouria Mantinea.

From the year 1976 he served the Holy Synod as Secretariat of the Conciliar Courts. In Feb. 1984 he was ordained Metropolitan of Nafpaktos and Agios Vasilios.

ON 1anouariou 25th 1995 the Holy Synod of the Hierarchy of the Church of Greece by 58 votes chose the SEV. Alexander Metropolitan Cathedral of Mantinea and widowed woman who was enthroned Kynouria pandimos unto the Holy Metropolitan Church of St. Basil Tripoli ON 26th February 1995.

Make yourself at the new Metropolis N of the BSE. Mr. Alexander began in the pastoral deed with zeal and enthusiasm and organized the activities of the Metropolis. Renewed its management Metropolis LA “Ica and clergy. Anezitise young Ieratikin Klisin sent on seminaries and priestly schools but whom I echeirotonise priests and ekalypse THE efimeriakes positions of the Metropolis. Estirixe epyknose and Preaching the divine is always a group Rdios and preachers and Sunday School THE organose. Metropolitan radically renovated lodges and other ecclesiastical buildings. Aneplase and resurrected ruins of monasteries: 1) Agios Nikolaos Kaltezas, 2) Assumption of the Virgin Palaiopanagia Astros 3) Baptist Castle, 4 ) St. Nicholas Karya Kynouria 5) Virgin Mary Elona Kynouria and 6) Nicholas Agioy Sintzas Leonidio. with much effort and a loan of EUR 300,000.00 from Piraeus Bank clinched taklonismena foundations of the Metropolitan Church of Saint Kingdom of Tripoli, who survived the destruction from firm .

He also rebuild the sacred Temple of the Holy Martyr Demetrius the patron to whom Tripoli drise BE telitai every day or Divine Liturgy. ‘Built neon Bishopric, worthy of the Metropolis. He also upgraded the Dekazeion Tripoli Nursing Home, renovated the old building and built a new 100-bed capacity. Diemorfose the old building of the Seminary which turned it into a Cultural Center of the Metropolis. THE Aneplase corrupt building Philoptochos and edrastiriopoiise IN-General Benevolent Fund of the Metropolis and Kynouria Mantinea. Ensure the Old Monastery of the Life Giving Spring Kartsovas Tripoli and within the western world his erected the Diocese kindergarten. Arrange for the modern nursing home constructed in Leonidio Kynourias.

Continues to issue and circulation of Metropolis Magazine “fishing expeditions” of which was first publisher and director since 1998. And most recently co-authored two-volume Historical ekykloforise deed entitled “HISTORY OF THE HOLY AND ASTROS MANTNEIAS Metropolis.”

IN THE 145in Synodical Period 2001-2002, as a member of the Holy Synod accompanied the Archbishop of Athens late CHRISTODOUlON at the eirinikin episkepsin the Church of Serbia in Belgrade and palaifaton Patriarchate of Jerusalem and in particular the Synodical 152av participated in 2008-2009 under the Archbishop of Athens Mr. Jerome, to the Commission to the Church of Greece in the Synaxin the primate of Orthodoxy in Constantinople. Accompanied the Archbishop of Athens Mr. Jerome, as a link of the Holy Synod of the ‘Foreign Affairs of the Greek Church during the funeral of the late Patriarch of Russia’s prestige ALEXIOU second in Moscow in December 2008 and end exeprosopefse the Church of Greece during the election and enthrsnisin the new patriarch of Moscow Mr. Cyril, the 1 st March 2009 at Moscow. 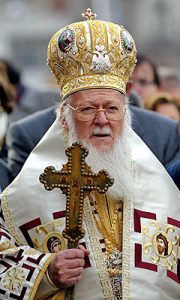 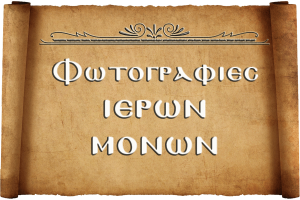